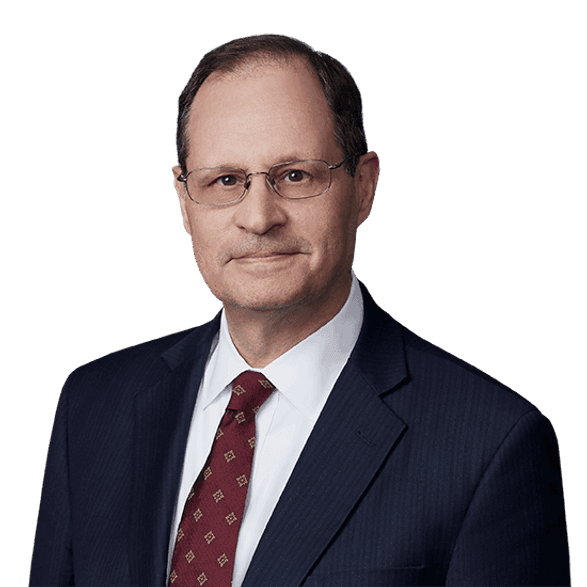 Mr. Semmelman obtained his B.S. degree from Columbia University's School of Engineering and Applied Science, where he was elected to Tau Beta Pi, the national engineering honor society. He then obtained a master's degree in mathematics from Harvard University. For his Ph.D. in applied mathematics at Harvard, he wrote a doctoral thesis on the partial differential equations of fluid dynamics with non-standard boundary conditions. He received his law degree, with honors, from Harvard Law School.

Mr. Semmelman joined Curtis as an associate in 1983. From 1987 to 1990, he was an Assistant U.S. Attorney, Criminal Division, in the Eastern District of New York, after which he returned to Curtis. Mr. Semmelman has served as lead counsel in more than 25 trials and major evidentiary hearings before juries, judges and arbitral panels. He is also an accomplished appellate advocate, having argued 16 appeals. He has extensive experience in all phases of civil and criminal litigation and arbitration, as well as in the defense of government investigations and enforcement proceedings. His broad practice has included significant matters involving antitrust, contract, fraud, breach of fiduciary duty, commodities, securities, commercial and governmental bribery, trademark, patent, computer hacking, U.S. sanctions regulations, money laundering, and international extradition. He has considerable experience in cases involving the pharmaceutical industry.

Mr. Semmelman has expertise in U.S. anti-corruption law, as well as in U.S. sanctions and export controls law. He advises clients on compliance with the Foreign Corrupt Practices Act (FCPA) and with regulations issued by the U.S. Department of the Treasury (OFAC) and the U.S. Department of Commerce (BIS). He heads the firm's Export Controls and Sanctions Committee and practice group. He has conducted internal investigations involving suspected violations of OFAC sanctions, the FCPA and other anti-bribery laws, and anti-money laundering laws.

Mr. Semmelman has also achieved recognition in the area of international extradition. He has lectured and published extensively in this area, and his law review articles have been cited by numerous courts, including the U.S. Courts of Appeals for seven federal circuits. He has been involved as counsel or co-counsel in several high-profile extradition cases. Mr. Semmelman has testified at trial on behalf of the Ministry of the Attorney General of British Columbia as an expert witness on U.S. extradition law and procedure. In that case, the Supreme Court of British Columbia relied upon Mr. Semmelman's expert report and testimony, and described him as "a leading expert on extradition proceedings in the United States," with "broad practical and academic experience."

The EU Adopts the “Maintenance and Alignment” Sanctions Package