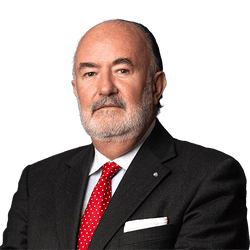 ─ Future of the Lawyer Commission Board (2010)

─ Director of Collective Members of the Executive Committee (2010)

Mexican Chapter of the International Chamber of Commerce (ICC), former Member of the Board of Directors (2002-2008) and Chairman of the Mediation Committee (2017-2022)

Recommended by Legal 500: Latin America in 2017 for Mexico: Dispute Resolution

Partner Antonio M. Prida To Give a Master Class on Mediation during the 33rd Edition of the Renowned International Commercial Arbitration Course