The article, “Miguel I. Estrada Sámano: A life of independent practice with social purpose,” focuses on the pioneering spirit and achievements of Mr. Estrada Sámano in various fields of law. It was written by Mexico City partner Antonio Prida.

He became one of the first lawyers in Mexico, as part of a group known as the “Apostles of Arbitration in Mexico” to promote in his country the benefits of arbitration as an effective mechanism of dispute resolution.

Mr. Estrada Sámano also played a major role in human rights initiatives as a co-founder of the Mexican Commission of Human Rights.

The complete article is available in English or Spanish. 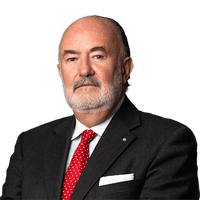