On May 18, 2020, the Supreme Court of the United States issued its decision in Opati v. Republic of Sudan, which held that the provision of punitive damages in the state-sponsor of terrorism exception, 28 U.S.C. § 1605A, in the Foreign Sovereign Immunities Act (“FSIA”) applies retroactively and upheld the award of $4.3 billion in punitive damages against the Republic of Sudan in connection with terrorist attacks that predated the enactment of Section 1605A.

Evolution of the FSIA’s State-Sponsor of Terrorism Exception

As originally enacted, the FSIA did not provide an exception abrogating immunity in terrorism cases. In 1996, Congress enacted the Antiterrorism and Effective Death Penalty Act (“AEDP”), which created a novel exception to foreign sovereign immunity in cases where the foreign state allegedly committed or supported an act of terrorism and had been designated as a state-sponsor of terrorism by the U.S. State Department. However, the AEDP, as originally enacted, did not override the FSIA’s prohibition on the imposition of punitive damages. In addition, courts held that the AEDP merely provided an exception to foreign sovereign immunity and did not provide a separate cause of action against a foreign state.

In the National Defense Authorization Act of 2008 (“NDAA”), Congress substantially overhauled the FSIA’s state-sponsor of terrorism exception. The exception was moved from Section 1605(a)(7) to a new section of the U.S. Code, 28 U.S.C. § 1605A, thereby exempting terrorism cases from the FSIA’s general prohibition on the imposition of punitive damages against foreign states under Section 1606. The new Section 1605A(a) provides that foreign states are not entitled to immunity in actions to recover money damages for personal injury caused by “an act of torture, extrajudicial killing, aircraft sabotage, hostage taking, or the provision of material support or resources for such an act” by an official, employee or agent of the foreign state while acting in the scope of their office, employment or agency. Section 1605A abrogates immunity only with respect to foreign states that have been designated as state sponsors of terrorism by the State Department and only where the claimant or victim was a U.S. national, a member of the U.S. armed forces or an employee or contractor of the U.S. government at the time of the alleged act of terrorism.

Section 1605A(c) creates a private right of action for U.S. nationals, members of the U.S. armed forces, U.S. government employees and contractors as well as legal representatives of such persons against state-sponsors of terrorism for acts falling within the scope of Section 1605A(a). It also explicitly provides for the recovery of punitive damages. The NDAA further provides that Section 1605A(c) would apply in lawsuits already pending in U.S. courts and provided a window for plaintiffs in previously dismissed lawsuits to file new actions under Section 1605A(c).

The Opati case was one of several consolidated lawsuits filed against Sudan in the United States District Court for the District of Columbia by victims and family members of victims of al Qaeda’s attacks on the U.S. Embassies in Kenya and Tanzania in 1998 who claimed that Sudan materially assisted al Qaeda in carrying out the attacks.

Following an ex parte evidentiary hearing, the district court entered default judgments against Sudan. It concluded that Sudan was not entitled to immunity because the requirements of Section 1605A(a) had been satisfied. Sudan had been designated as a state-sponsor of terrorism by the State Department at the time of the Embassy bombings. In addition, the court determined that the bombings of the U.S. Embassies constituted “extrajudicial killings” under Section 1605A(a)(1) and that Sudan had materially supported al Qaeda by providing sanctuary and logistical support to Osama Bin Laden and the al Qaeda operatives who carried out the bombings.

The district court awarded the plaintiffs a total of $10.2 billion in damages, including $4.3 billion in punitive damages. Following entry of judgment, Sudan appeared and moved to vacate the judgments under Rule 60(b) of the Federal Rules of Civil Procedure on a variety of grounds. In particular, Sudan argued that the grant of punitive damages in Section 1605A(c) did not apply retroactively in cases arising out of acts of terrorism predating the enactment of Section 1605A in 2008. It also argued that the foreign national family members – who were awarded over $7 billion – were not entitled to punitive damages on their state law claims. The district court rejected these arguments and denied Sudan’s Rule 60(b) motion. Sudan appealed that decision to the D.C. Circuit.

Nevertheless, the D.C. Circuit vacated the award of $4.3 billion in punitive damages on the grounds that the provision of punitive damages in Section 1605A(c) did not apply retroactively to authorize the imposition of punitive damages in actions arising out of acts of terrorism that predated the enactment of Section 1605A in 2008. The D.C. Circuit distinguished the Supreme Court’s decision in Republic of Austria v. Altmann, which held that the FSIA’s immunity provisions applied retroactively in cases arising out of conduct that predated the FSIA’s enactment in 1976 even though the FSIA contains no clear statement of retroactive effect. The D.C. Circuit reasoned that the jurisdictional immunity provisions at issue in Altmann merely codified the State Department’s preexisting “restrictive theory” of immunity, whereas the punitive damages provisions of Section 1605A(c) were “essentially substantive” and altered a foreign state’s liability for past conduct.

The Supreme Court Reverses –
Upholds Retroactive Application of Section 1605A

The Supreme Court granted the plaintiffs’ petition for certiorari to address the question of whether, as a matter of statutory interpretation, the punitive damages provision in Section 1605A(c) applies retroactively. The Court unanimously agreed that Section 1605A(c) applies retroactively and reversed the D.C. Circuit’s decision to vacate the award of punitive damages. 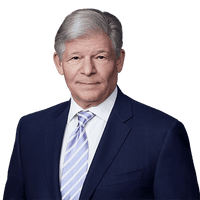 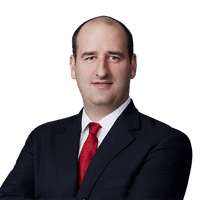