London, October 21, 2022 –Curtis has advised GCAM LP on its entry into a proposed joint venture with Amaroq Minerals Ltd, the AIM and TSX-V listed mining company in relation to certain non-gold mining licenses in Greenland currently held by Amaroq or its subsidiaries.

GCAM, LP, will invest an initial amount of £18.0 million under a subscription and shareholders' agreement (the "Subscription and Shareholders' Agreement") in return for shares in the JV Company representing up to 49% of the JV Company, to fund work programs on the six licenses in which the majority of resources is expected to relate to non-gold products including strategic minerals such as copper, nickel, titanium and graphite. Strategic minerals are critical for increased electrification as part of the world's decarbonization strategy. Amaroq will invest £5.0 million under the Subscription and Shareholders' Agreement, with such amount to be set-off against costs incurred by Amaroq’s subsidiary, Nalunaq A/S, as the JV Company's project manager. The Subscription and Shareholders' Agreement has been signed and placed into escrow, and will be released (and will become effective) subject to satisfaction of certain conditions, expected to be satisfied by Q1 2023. Further details of the transaction (which was announced at the same time as the announcement of a fundraising by Amaroq of c £30 million) can be found at https://www.londonstockexchange.com/news-article/AMRQ/proposed-fundraising/15679589.

This deal is one of a number of transactions on which the Curtis team has been advising GCAM or its affiliates this year in the natural resources space and the second in the space of two weeks.

Tony Edwards said “We are delighted to have helped GCAM and its affiliates in a number of recent transactions in the natural resources space including this joint venture with Amaroq. Agile investors have significant opportunities right now in the energy and natural resources sectors – including strategic minerals, renewables or unlocking oil and gas assets which can help in the short term.”

Curtis has boosted its mining and energy capabilities with a series of strategic hires across EMEA in the last two years on the transactional side. These include energy/natural resources lawyers Tony Edwards, Marc Hammerson in November 2020, Africa-focused oil and gas/corporate lawyer Paul Bugingo in Dubai in and Africa infrastructure specialist Kalidou Gadio in Washington. The expanded team, with its focus on EMEA and Africa, complements and expands the firm’s traditional core strength in natural resources and energy, notably oil and gas. In recent years, the firm has significantly extended its capabilities in renewable energy, including green hydrogen, solar and wind, deploying its international team on a variety of deals, including a major JV in the renewables sector for an international financial institution, which closed in September. 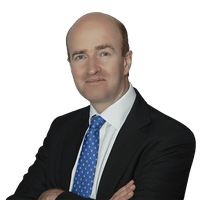 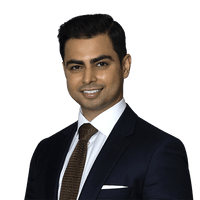