New York, June 19, 2018 – Curtis is pleased to announce that Charles B. Howland will join the firm as a partner in July to head up its Environmental practice.

Among Mr. Howland’s notable accomplishments are negotiating a prospective purchaser agreement under CERCLA and RCRA at the former Sparrows Point Steel Mill site which will lead to the cleanup and redevelopment of the largest privately owned industrial complex on the east coast, for which work he received a gold medal from the Philadelphia Federal Executive Board; providing legal support to the EPA team that achieved a $100+ million Superfund construction completion of Norfolk Naval Station; and addressing legal issues and preparing Congressional testimony related to the Spring Valley (Washington, D.C.) and Ft. Detrick (Maryland) chemical and biological weapons facilities, respectively.

As a Special Projects Manager for the EPA’s Project XL, Mr. Howland led negotiation of agreements with federal, state, community, and private stakeholders which granted regulatory flexibility in return for improved environmental performance at a pulp and paper mill, several municipal solid waste landfills, and a pharmaceutical research facility. He currently serves on EPA’s RE-Powering America’s Land Initiative team, which facilitates the placement of renewable energy facilities on contaminated sites. While on leave from the EPA between 2008-2009, Mr. Howland served as general counsel at a utility scale renewable energy development company, in charge of legal and regulatory affairs.

A recognized thought leader on contaminated land and renewable energy legal issues, Mr. Howland was named to the U.S. State Department’s Fulbright Specialist Program Roster for a three-year term beginning in August, 2017. He is currently a lecturer in law at the University of Pennsylvania Law School, where he teaches a course called “Navigating the Regulatory State: Law, Science and Policy,” and at Villanova University’s Charles Widger School of Law, where he co-teaches energy law. He previously served as an adjunct professor at the University of Pennsylvania’s Wharton School and its Institute for Environmental Studies, and as an instructor at the Harvard Institute for International Development.

Curtis Chairman George Kahale III said: “We are very pleased to have Charlie join us. He brings to the table a wealth of knowledge and experience that is difficult to find, as well as a dynamic personality and an understanding of teamwork and team-building that make him a great fit for Curtis.” 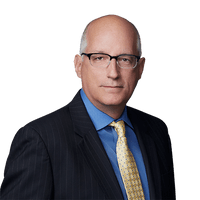