Curtis is pleased to announce the promotion of Pablo Gargano to Labor & Employment partner in its Buenos Aires−based affiliate. This announcement comes close on the heels of Fernando Tupa’s recent promotion to arbitration partner in Buenos Aires.

As head of the Labor Law and Employment group in Buenos Aires, Pablo Gargano has extensive experience advising domestic and multinational employers on all employment matters, including collective negotiations, general personnel and compliance matters, employment-related issues in corporate transactions and employment discrimination disputes across industries.

He is experienced in litigation and court proceedings from both sides of the table, on contractual and post-termination cases, and on collective disputes and negotiations. He also provides advice on Social Security matters. In the past years he has lead and executed layoffs, reductions and internal restructuring of various companies. He also acted for clients in top level litigation, achieving successful results in the labor courts.

“Pablo has shown remarkable capability in leading our Employment practice. He has distinguished himself in his area of expertise and has become an integral part of our Buenos Aires office, making this a very well-deserved promotion,” said Luis M. Ayarragaray, partner in Curtis Buenos Aires. Added Mr. Ayarragaray, “With the two recent promotions, Curtis’ thriving practice in Buenos Aires continues to add momentum.”

Pablo Gargano said, “I am delighted at this promotion and look forward to my continued professional growth, working with talented and esteemed colleagues at Curtis, in Latin America and around the world.”

Pablo Gargano joined Curtis in April 2013, to create and develop the Labor and Employment practice group, after working at another leading international law firm in Buenos Aires and as an independent counsel. He received his law degree from the University of Buenos Aires Law School, graduating with honors, and was also an assistant professor at the university. He is admitted to practice in both the City and Province of Buenos Aires, Argentina. 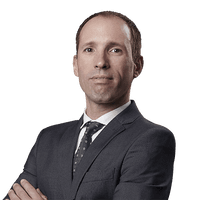