Curtis recently prevailed in U.S. District Court for the Southern District of New York, where it secured confirmation of an international arbitral award on behalf of its long-standing client, CRT Capital Group LLC ("CRT"). In 2018, a panel of FINRA arbitrators had awarded CRT approximately US$4.4 million in indemnification damages and attorneys’ fees while also denying all claims brought against CRT by SLS Capital, S.A. (“SLS”).

Curtis represented CRT in this securities arbitration that arose from what the Financial Times has described as the “biggest individual fraud perpetrated on small investors in the UK” in the last two decades. Curtis’ representation of CRT also extends to the Chapter 15 bankruptcy proceeding of Luxembourg-based SLS and related litigation in New York Supreme Court.

From 2005−2007, CRT served as SLS’ advisor, during which time SLS raised approximately US$250 million worth of capital that was used to purchase life insurance policies issued by U.S. life insurance companies. After CRT resigned as SLS’ advisor, SLS’ controlling shareholder – David Elias – liquidated all of SLS’ assets and absconded with the proceeds. SLS was then put into liquidation in Luxembourg, and in 2014, SLS’ Liquidator initiated a FINRA arbitration against CRT and two of its former employees. The SLS Liquidator sought to recover over US$500 million from CRT, asserting claims for fraud, breach of fiduciary duty, breach of contract, and gross negligence on behalf of SLS.

In March 2018, the FINRA panel denied all of the SLS Liquidator’s claims against CRT, while awarding CRT over US$4 million in indemnification damages and an additional US$150,000 in attorneys’ fees as a sanction against SLS for discovery violations. Shortly after, CRT filed a petition in U.S. District Court for the Southern District of New York seeking confirmation of the award under the Federal Arbitration Act. On March 31, 2019, U.S. District Judge Vernon S. Broderick issued an opinion and order confirming CRT’s award against SLS and rejecting each of SLS’ arguments for vacatur.

Curtis has also secured a favorable decision for CRT in the U.S. bankruptcy court, where the SLS Liquidator originally applied for Chapter 15 recognition and permission to investigate claims against CRT and other U.S.-based parties. In response to an order to show cause brought by CRT, SLS’ Liquidator agreed to return approximately US$3 million of the assets collected in and removed from the United States without the consent of the court.

The decision from the U.S. district court is attached. 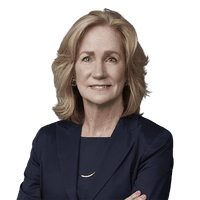