The French Government put in place a scheme to provide State guarantees to banks on portfolios of new loans for all types of companies. This scheme is part of three French State aid schemes to support the French economy in the context of the Coronavirus outbreak, mobilizing 300 billion euros. The decree of 23 March 2020 grants the State’s guarantee to credit institutions and financing companies in application of Article 4 of law n° 2020-289 of March 23, 2020 on amended finance expanding on State-guaranteed loans (Prêt garanti par l’Etat) during 2020.

The decree allows, companies of all sizes, whatever their legal form, to apply to their usual bank for a State-guaranteed loan to support their cash flow until December 31, 2020. But with the exceptions of civil real-estate companies (sociétés civiles immobilières), credit institutions and financing companies (établissements de credit and sociétés de financement) and distressed companies (which have filed for one of the insolvency proceedings provided for in Titles II, III and IV of Book VI of the French Commercial Code i.e., namely, companies that are under safeguard, rehabilitation or liquidation proceedings) that are not in the process of implementing a safeguard or rehabilitation plan adopted by the court.

However, there are 15% of companies that are not eligible for the State-guaranteed loans according to a banking source. These were considered as companies in “difficulty” with regard to European criteria.

The guaranteed loan envelope was previously not accessible to companies in “difficulty” in the European sense. Only companies that fell under the regimes of receivership, safeguards or liquidation proceedings due to the pandemic are eligible for the loan. These cases would not be handled automatically, but by special teams, according to the network manager of a major banking group. It is handled on a case-by-case basis.

Nevertheless, more was required in order to widen the scope. In march, Christophe Thévenot, former President of the National Council of Judicial Administrators and Judicial Representatives (CNAJMJ) said judicial administrators and restructuring professionals were calling for a derogatory regime. Public authorities studied the issue and discussions took place with the European Commission, according to Senator Albéric de Montgolfier. This led to a broadening of the eligibility scope.

As a solution to companies in the ‘blind spot’ of the scheme put in place in response to Covid-19, the Ministry of Economy and Finance broadens and clarifies the criteria for companies eligible for financing aid in a new decree of May 6.

Three main categories have been modified. The first concerns companies in difficulty. The exclusion is now specified. Companies that have filed for insolvency proceedings (safeguard, recovery and liquidation) after December 31, which could have been excluded under the previous decree, are now fully eligible. Likewise, all those who benefit from a recovery plan (whether in safeguard or recovery), even before that date. The Ministry was waiting for the green light from the European Commission to take the plunge. Already, the scheme seems to be working for fragile companies, despite initial fears. More than 38,300 companies with a poor rating from the Banque de France (over 5+) have obtained 12.2 billion euros in loan aids, according to the latest figures from the Ministry.

The second concerns the inclusion of certain civil real estate companies. This is the case of those managing historical monuments which were forced to close due to the crisis. Similarly, construction-sales companies created to build a property and resell it. And finally, civil investment companies with the status of a legal entity, in the same way as other investment organizations of the Professional Real Estate Collective Investment Scheme (Organisme Professionnel de Placement Collectif Immobilier) type (unlisted investment intended for professionals).

Finally, the third concerns crowd funding platforms that facilitate financing from individuals to small and medium sized enterprises. Since loans must be margin-free, as is the case for banks, "a reduction in distribution costs will be necessary, as well as a reduction in the lenders' rate of remuneration," the Ministry stated. 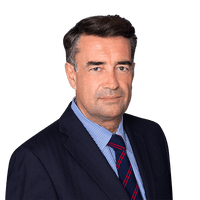