A) Liquidity Crisis on the Horizon?

It may be too early to compare the COVID-19 crisis to the 2008 financial crisis that led to serial defaults of Limited Partners in private equity, debt, venture capital and infrastructure funds, but there are already early indicators that this pandemic may lead to a liquidity crisis for Limited Partners, for instance:

B) Which Funds to Fund?

Limited Partners will have many considerations when it comes to selecting an appropriate funding strategy. In our experience, some of the main investor considerations include (1) relationship, (2) legal, and (3) finance.

Investors can generally be grouped into one of two categories: (1) those that have developed relationships with fund managers spanning a number of years (or even decades); and (2) those whose relationships are relatively new.

a) Fiduciary Relationship For All

New investors in a private equity, debt, venture capital or infrastructure fund, that have only recently (i.e., less than 10 years ago) decided to invest in these asset classes with the objective of pursuing higher returns on their investment, may be facing pressure to meet multiple and larger capital calls for the first time, both in respect of such fund and across its portfolio of fund investments. As a result, these investors are more likely not to have planned, and prepared, for a potential default and therefore the popularity of and demand for these particular asset classes may have inadvertently exacerbated the potential for large scale Limited Partner defaults.

a) Interest. Accepting a late contribution from the defaulting Limited Partner, usually with interest (which can be high) plus any expenses associated with the default, including attorney’s fees.

b) Distributions. Withholding of all distributions to the defaulting Limited Partner and offset against defaulted amount.

Given the broad range of possible legal remedies available to General Partners under their fund’s operating documents, comparing one fund’s combination of default provisions against the next fund can be challenging. We regularly advise on inquiries from investors on how they might be impacted by these default provisions and would be happy to assist with your particular concerns.

The financial impact of any potential default on funding a capital call will need to be considered in light of, and balanced against, the legal remedies available to the General Partner (including those outlined above). While as legal counsel we are not able to provide you with financial advice, some factors to consider include the following:

The most recently subscribed funds are often the first to be considered for default. The reasoning is often that if no capital, or only very little capital, has been called, the overall loss for the Limited Partner is less impactful. Further, these funds have been raised at a time when valuations were at their peak and the General Partner may have, relatively speaking, overpaid for some of the assets in the fund. Older funds, where Limited Partners already have received much of their distributions, and that often have underperforming or hard to sell assets remaining, are also candidates for a selective Limited Partner default.

The level of a Limited Partner’s funded capital commitment will need to be considered as possible remedies applied by General Partners may include reduction of rights to receive distributions or a forced sale of the interest at a discounted value (see B.2 above).

The remaining capital account balance before the default should also be a factor and viewed in light of past distributions, as well as the funded and unfunded capital commitments of a Limited Partner in order to evaluate the overall loss position the Limited Partner may be exposed to.

A Limited Partner default usually requires major dedication of resources by such Limited Partner and also the General Partner in terms of management time and evaluation of legal and financial options. The better prepared each party is before an actual default occurs, the better and faster it will be able to determine the path forward and address any financial or legal issues. In order to be well prepared, we suggest that Limited Partners: 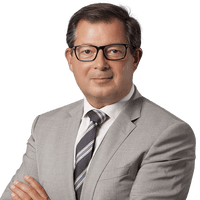 Simon Batifort and Belén Ibañez Publish “Unearthing FET: What Did States Intend, and Does It Matter?” on Kluwer Arbitration Blog