This alert is available for download in English and Italian.

For years now, e-commerce platforms have been playing a major role in companies’ sales structures, reflecting a shift in consumer buying habits.

Governments’ emergency lockdown measures in response to the COVID-19 virus pandemic have only accelerated the trend. While the majority of companies had to suspend their activities, “online retail of any kind of goods” is still allowed pursuant to Annex 1 of Prime Minister Decree of 11 March 2020[1]. E-commerce has been embraced by consumers, who are fast becoming accustomed to shopping online in the virtual marketplace.

Below is a brief overview of recent developments in the liabilities of virtual marketplace platforms.

On 2 April 2020, the European Court of Justice of the European Union (“ECJ”) delivered its judgment C-567/18 in the case between the German company Coty Germany GmbH (“Coty”) and the well-known virtual platform Amazon.

The case originated from a referral to the ECJ by the German Bundesgerichtshof (Federal Court of Justice) in the context of a proceeding brought by Coty. Coty had alleged that the sale of Davidoff perfume bottles on the “Amazon-Marketplace” on www.amazon.de by a third-party seller without the consent of the trade mark owner constituted a trade mark infringement, of which Amazon was to be deemed liable.

In the absence of a specific regulatory framework for virtual marketplace operators, this sensitive issue was solved by making reference to the interpretation of article 9, paragraph 3, of Regulation (EU) no. 2017/1001 on the European Union trade mark[2]. In particular, the issue to be decided was whether the activity of Amazon, which had consisted in the mere storage of goods on behalf of the seller without offering them for sale or putting them on the market, could in itself constitute “using” the trade mark in contrast with the aforesaid provision.

In interpreting the European legislation, the ECJ has considered that “the expression 'using' involves active behaviour and direct or indirect control of the act constituting the use”. Therefore, “in order for the storage of goods bearing signs identical, or similar to trade marks to be classified as 'using' those signs” it is necessary that “the economic operator providing the storage itself to pursue the aim” prohibited by the provision, which, as recalled, “is offering the goods or putting them on the market”. Thus, the mere storage, as in the case at hand, is only “creating the technical conditions necessary for the use of a sign” and, therefore, does not, in itself, constitute a “use” of the sign itself.

In light of the above interpretation, in the context of online sales on virtual marketplaces, the activity of the platform operator that is limited to the storage of goods on behalf of third party sellers cannot be considered to be in breach of Regulation (EU) No. 2017/1001 on the European Union trade mark, in the absence of a more direct involvement of the operator itself in the process of offering and placing on the market the good bearing signs identical or similar to a sign protected by European Union law.

The US perspective: A possible change of course

The “traditional” approach summarized above, which purports the lack of responsibility of the marketplace operator, as recently reaffirmed within the European Union (“EU”), may be soon superseded in the United States by the so-called “Shop Safe” Act[3]. This bipartisan bill was submitted to the House of Representatives in March 2020, which aims to impose a strict control by digital retailers on goods sold by third-party sellers, such as Amazon, eBay, Alibaba, JD.com, Walmart and other online platforms.

The Shop Safe Act can be seen as an attempt - yet to be seen in Europe - to offer greater protection to consumers through the specific regulation of virtual marketplace operators’ liability, in light of the growing importance of e-commerce transactions in the United States and ease with which counterfeiters may take advantage of the structure of electronic platforms to mask the illegality of their goods.

In particular, the Shop Safe Act recognizes the contributory liability of the platform for the infringement of a trade mark by third party sellers in relation to the sale, advertising and distribution of goods that implicate public health and safety, whenever they fail to perform prior accurate checks on the identity and reliability of the seller, including,

Therefore, in the US, the approach is to give more responsibility to marketplace operators, as central players in the world of e-commerce, by giving them a role of control and supervision over third-party sellers (albeit limited to those goods considered more sensitive in terms of public health and safety) and by putting in place a clear sanctioning framework in case of breach of the related obligations.

It can be observed that the ECJ position in judgment C-567/18 is in line with the liability regime regulated by e-commerce Directive no. 2000/31, which is focused on the exemption from liability for illegal content and activities over which platforms acting as “intermediaries” have no control. Whereas this approach has fostered a favorable context for the development of these e-commerce platforms over the years, it is open to question whether it remains an adequate model today[4].

The creation of a safer digital market geared towards consumer protection is one of the cornerstones of the so-called “European digital agenda”, which aims to promote accessibility to the digital world for European users. In fact, the topic of online platforms was recently addressed by Regulation (EU) no. 2019/1150[5]which, on the one hand, provided for a series of useful rules to promote transparency in relation to commercial counterparties, on the other hand, however, did not deal with marketplace liability regime for cases of infringement of industrial property rights. For the moment, the matter seems to be postponed[6], while we wait for further regulatory developments on this sensitive issue both in the EU and in the USA.

Further delays in this respect could in fact harm not only consumers, who increasingly rely on online commerce, but also brands, which tend to perceive a lack of protection of their industrial property rights by the legal systems[7].

What should Brands consider when looking at new markets?

In the current health emergency, the repositioning in new markets could constitute a valid recovery strategy for many brands, who must carefully evaluate the existing legal framework in the various legal systems, in order to conduct an adequate assessment of any risks to their brand and their consumers, who expect the same level of service and protection in both online and offline sales.

In this regard, however, the legal framework on industrial property rights and electronic commerce (including the liability regime for marketplaces) is only one of the many aspects that must be carefully considered when entering a new market.

Other factors of pivotal importance need also be considered such as - just to name a few - the protection of personal data (e.g., the issue of data transfer in non-EU regulatory contexts that may be less protective, or the issue of use of personal data as consideration for commercial transactions); any restrictive policies, such as the use of geo-blocking tools; the possible subjective requirements imposed on operators (e.g., the need to be a local legal entity in order to be able to open a store on some Chinese platforms); the possible issue of “forum shopping”, in case of relevant differences between the EU and the USA legal frameworks, and many others. In a globalized world where e-commerce has become an integral part of the economic life of businesses and consumers, no aspect can be overlooked or left to chance. 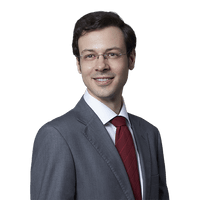