The recent implementation of the US-Oman Free Trade Agreement (FTA) is great news for American companies wishing to do business in Oman. Oman's Ministry of Commerce and Industry (MOCI) recently issued Ministerial Decision 102/08 stating that American companies now will be allowed to open branches in Oman before entering into a contract with the government or a government entity.

Under the FTA and the recent Ministerial Decision, American companies are permitted to form branches in Oman without an existing government contract, and may engage in business with both the public and private sectors. Similarly, American companies wishing to tender for government contracts will have the option of opening a branch in Oman before the contract is awarded.

American companies can now do business in Oman with relatively few barriers to entry. The FTA has provided an unprecedented level of openness and access to the Omani market for American companies and they will enjoy distinct advantages in navigating Oman's legal and procedural framework.

Similarly, the recent Ministerial Decision and other statements by the MOCI make it clear that Oman is serious about implementing the FTA and allowing Omanis and Americans to enjoy fully the benefits it is meant to provide.

To hear more about the FTA, please join us on March 1, 2009, at 9:00 AM (Omani time) for a discussion of the FT A implementation, in partnership with the Muscat American Business Council at the Oman Chamber of Commerce and Industry (OCCI) Exhibition Hall. For more details, please contact Githa Nair at gnair@curtis.com.

Focus on: Secondment of Employees

First, the Oman Labour Law issued by Royal Decree 35/03 (as amended) does not recognise the concept of secondment. However, it is a fairly common practice that is effected through a private agreement between the employee, foreign company, and the local company. Through the years, certain principles have evolved which do not have the force of law but are followed by many companies in respect of secondment. Some of them include:

The law aims to:

Companies wishing to engage in electronic transactions can rely on the comprehensive legal framework provided by the Electronic Transactions Law, which has now been in effect for more than six months.

Q: In the current economic climate, some companies are having difficulty fulfilling their contractual obligations. Can a company that defaults on its obligations use the global economic crisis as a basis for declaring force majeure?

A: The answer depends on the language of the applicable contract and the jurisdiction, but in general the economic crisis is not considered an appropriate basis for declaring force majeure. Unless the agreement between the parties explicitly states otherwise, Omani courts are unlikely to excuse a company from performing its obligations based on a force majeure declaration due to the economic meltdown.

It has been reported that the government will issue a new corporate tax law in the next month. The new law is expected to amend the existing tax law, as provided in Royal Decree 47/81.
The new law is expected to clarify existing tax issues and issue new rules on areas of taxation not covered by the existing law. For example, the new law is expected to set forth rules for thinly capitalized companies (a company is said to be thinly capitalized when its capital includes a greater proportion of debt than equity). In addition, the new law will broaden the applicability of withholding tax rules, which relate to amounts withheld by companies from payees in order to pay tax authorities. Lastly, the new rules will include a clarification of transfer pricing rules, or the rules that govern the prices companies charge for assets transferred between separate divisions/subsidiaries of the same company.

A company submitting a bid for a technical project may need to subcontract parts of the project to another company having expertise in a given area. A teaming agreement can be an essential part of the tender process, enabling both the primary company and the subcontracting company to clarify their rights and responsibilities in submitting the tender. The teaming agreement may cover topics such as timing of the tender submission, allocation of responsibilities if the bid is awarded, exclusivity, and price terms.

Curtis Oman would like to announce officially the launch of the Curtis Oman Legal Blog on February 10, 2009. 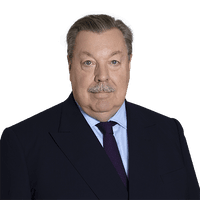