In a judgment handed down today by the UK Supreme Court, Curtis’ client the State of Libya has won an important victory safeguarding the scope and application of the procedural privileges afforded to foreign states before the English courts under the UK’s State Immunity Act 1978. The decision is General Dynamics (United Kingdom) Limited v State of Libya [2021] UKSC 22, which is available here.

The decision will ensure that service of any English court proceedings brought against a foreign state will have to take place through diplomatic channels (i.e., through the UK’s Foreign, Commonwealth and Development office (the “FCDO”)) to the relevant foreign ministry and that there are no circumstances which can override this mandatory rule. In this case the claimant argued that Libya’s periodic civil violence was an “exceptional circumstance” that should permit an order dispensing with service. The Supreme Court has disagreed.

The decision is of particular importance in the context of the enforcement of arbitral awards and court judgments against foreign states in England but will apply to underlying court proceedings as well. In addition the decision is likely to be followed in jurisdictions which have either adopted the State Immunity Act, or have near identical provisions as to service, such as Singapore and the UK’s many offshore jurisdictions.

The Supreme Court’s ruling, overturning the Court of Appeal’s decision by a majority of 3-2, reverts the law regarding service on a foreign state to what had long been assumed to be the position. In doing so the Supreme Court has overturned an increasing body of enforcement cases against states since 2016 which had either permitted service to be completed by alternative means other than through diplomatic channels, or had dispensed with service altogether.

Section 12(1) of the State Immunity Act 1978 reads: “Any writ or other document required to be served for instituting proceedings against a State shall be served by being transmitted through the Foreign, Commonwealth and Development Office to the Ministry of Foreign Affairs of the State and service shall be deemed to have been effected when the writ or document is received at the Ministry”.

For the first few decades of its life, commentators on the Act described this requirement as “mandatory”. The statute itself referred to it as a “procedural privilege”. It was also accepted law that in the face of this legislative language it was not possible to order alternative means of service.

The only recognized exception to the rule was that under section 12(6) which gave force to any agreement by the state (either in a contract or a treaty or otherwise in writing) to a different form of service.

This position started to change in 2016 with a raft of cases involving the enforcement of either foreign judgments or arbitral awards. The cases involved Venezuela, Iran, Syria, and more recently Eritrea, and Egypt.

The means of avoiding the mandatory requirement in the State Immunity Act was one of two ways. Firstly, some of the cases held that where a court exercised its ordinary power to dispense with service altogether, this meant there was nothing to serve at all so the State Immunity Act provision did not apply. On this premise the claimant only had to demonstrate “exceptional circumstances” to get an order dispensing with service.

The second route involved cases enforcing either a foreign judgment or arbitral award where enforcement was granted ex parte. In those cases where the procedural rules require only service of a subsequent order it was said that such orders did not “institute proceedings” so once again the process envisaged by the State Immunity Act did not need to be complied with.

The Supreme Court’s decision has done away with both of these mechanisms. Now the mandatory statutory route is the only mechanism by which English court proceedings can be served on a foreign sovereign state. No exceptions.

In this case the claimant was seeking to enforce an arbitral award. It applied for recognition of the award on an ex parte basis and sought to justify an order dispensing with service on the premise that it was uncertain who properly represented the state of Libya. This was said to amount to “exceptional circumstances”. Based on the cases just mentioned, this order was granted thereby avoiding the need for the UK’s FCDO to serve the Libyan Foreign Ministry.

Curtis was instructed by Libya to apply to set aside this order. After marshalling the extensive evidence for the international recognition of the Government of National Accord such that there really was no doubt who the State of Libya was, the claimants changed their case and relied instead on the periodic outbreaks of civic violence as the necessary “exceptional circumstances”, while also arguing the second route mentioned above.

Libya was successful on this application before the Commercial Court. Mr Justice Males ruled that section 12(1) was mandatory and could not be avoided. He did, however, grant permission for General Dynamics to appeal that decision to the Court of Appeal.

Before the Court of Appeal General Dynamics were partially successful. While the Court of Appeal overturned the decisions under the first category above (i.e. those that permitted dispensing with service), it upheld the argument that the documents which were required to be served under the procedural rules did not “institute proceedings” in the terms of the State Immunity Act and so did not need to be served through the diplomatic channels but could be served by other means.

Today’s judgment puts the issue of the service of English court proceedings on foreign sovereign states on a whole new footing. The leading judgment is by the renowned international law scholar Lord Lloyd-Jones. In a lengthy judgment which cannot be properly summarized here he has held that the parliamentary intention behind section 12(1) was clear and that this intention was to create a mandatory rule to which there were no exceptions, and the procedural rules could not override the statute. Two other judges agreed with the judgment of Lord Lloyd-Jones.

Lord Stephens gave a lengthy dissenting judgment, with which one other judge agreed. Lord Stephens’ approach was to prioritize the need for effective enforcement over other considerations. No doubt there will be many judgment and award creditors who will sympathise with this view.

The developing practice that had allowed English court proceedings, and especially enforcement proceedings, to be brought without serving a foreign state is now gone. This had got to the point where the English courts were even ordering disclosure of foreign sovereign assets without insisting on service of the proceedings.

As mentioned already, today’s decision in England will have ripple effects in other jurisdictions that either have similar statutory language or have adopted the State Immunity Act wholesale.

Subject only to the already-mentioned exception of an agreement to be served by a different method, sovereign states can now be assured that they will only ever be served with English Court proceedings through their respective foreign ministries. Those negotiating contracts on behalf of states should be alive to what is likely to be an increased prevalence in the market seeking such agreements. 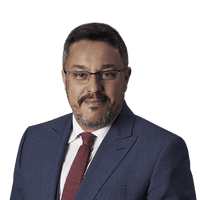 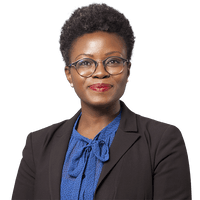 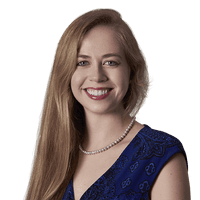