Turning Down the HEAT: The Outlook for RMBS Litigation After the New York Court of Appeals’ Decision

The wave of RMBS litigation that began with the 2008 financial crisis is now well into its second decade. Cases continue to proceed against the banks that originated mortgage loans and created residential mortgage-backed securitizations, or “RMBS,” and against the trustees and servicers of those securitizations. New cases are still being filed, based on long-standing tolling agreements, and there may be more to come. Hundreds of millions of dollars remain at stake.

On March 17, 2022, New York’s Court of Appeals delivered a shock to many RMBS observers with its long-awaited ruling in U.S. Bank National Association v DLJ Mortgage Capital, Inc., or “HEAT.” The Court of Appeals ruled that a contractual notice of breach had to be given to the defendant for every breaching loan prior to suit. In 2015, the First Department had held that pre-suit notice was not required for every loan as long as some loans had been noticed before suit was filed. Most pending cases have proceeded on that assumption. HEAT seemed to some to call in question the viability of any claim based on a loan that had not been noticed prior to suit – potentially affecting the majority of RMBS claims still at issue.

In fact, the implications of HEAT are not necessarily so dire for investors. In this article, we discuss the background of the HEAT decision and the directions that RMBS litigation is likely to take in the wake of HEAT.

The claim at the heart of RMBS cases today is the same as it was back in 2008: the mortgage loans that banks had originated and securitized by the thousands into residential mortgage-backed securities were of shoddy credit quality and breached representations and warranties about the loans that had been given to RMBS investors. Most RMBS provide for a contractual “repurchase protocol,” under which breaching loans may be “put back” to the securitization sponsor or other responsible party, who then has an opportunity to cure the defect or repurchase the loan. If the responsible party refuses to repurchase or cure, the RMBS Trustee can sue on behalf of the Trust.

This is not an uncommon situation in RMBS litigation. RMBS securitizations typically contain thousands of loans. Many RMBS plaintiffs, like the HEAT trustee, give the defendant notice of some breaching loans prior to filing a complaint and then identify additional breaching loans during the course of the litigation based on ongoing expert review. RMBS defendants have argued that this procedure is contrary to the contacts which, they claim, require pre-suit notice of each individual breaching loan.

For the better part of a decade, New York courts sided with plaintiffs on this issue. Seven years ago, in Nomura Home Equity Loan v. Nomura Credit & Capital, Inc., the First Department held that a trustee could assert claims on loans that were first identified as breaching during the course of the litigation on the grounds that “there were some timely claims in these cases.” Numerous cases before and after Nomura reached the same result.

The Trustee in HEAT contended that its claims satisfied the repurchase protocol in three ways: some loans had been noticed pre-suit; the others were part of the same suit and no individual pre-suit notice was required for them; and the defendant had discovered all the breaches itself and, under the contract, no notice was therefore required. The defendant moved for summary judgment on the claims that had not been noticed prior to suit to the extent that they were premised on having satisfied the notice requirement (rather than relying on the discovery theory). The trial court denied the motion and the First Department affirmed.

The Court of Appeals reversed, holding as a matter of contract interpretation that the repurchase protocol requires “pre-suit, loan-specific notice” and that the trustee had “failed to satisfy this prerequisite to suit with respect to the 480 loans” that were not identified in pre-suit notices.

Does HEAT mean the end of RMBS litigation? Not so fast.

HEAT has no bearing on loan breaches that were timely noticed prior to filing a complaint. It also expressly does not affect cases alleging that the defendant had discovered breaches itself, so that no notice was required.

For cases in which some breaching loans were not noticed pre-suit, and where plaintiffs do not wish to rely exclusively on a discovery theory, two procedural paths are possible. One path is to replead claims regarding loans for which no pre-suit notice was given under the savings provision of CPLR 205(a). This rule allows plaintiffs to re-file actions after non-merits dismissals with the new filing relating back to the original filing date for limitations purposes if the action is re-filed within six months.

The HEAT plaintiff attempted this approach. On remand from the Court of Appeals, the Trustee asked the trial court to dismiss its claims on the 480 post-suit loans on the basis that the HEAT decision had shown that they were no longer viable on a notice theory. The Trustee indicated that after dismissal it would seek leave to replead under CPLR 205(a). On May 31, 2022, Justice Cohen denied the Trustee’s request on the basis that such a dismissal would be voluntary and therefore ineligible for CPLR 205(a), which by its terms does not apply to “voluntary discontinuance[s].” The Court rejected the Trustee’s attempts to frame a CPLR 3217 “voluntary discontinuance” as being mandated by the Court or entered with a reservation of rights to replead under CPLR 205(a).

As of the date of this article, the Trustee is considering its next move. It remains to be seen whether other courts come to the same conclusion, and if other plaintiffs can find a way around the HEAT court’s remand ruling on 205(a).

A second, perhaps more promising path, lies in Rule 203(f). That rule provides that “[a] claim asserted in an amended pleading is deemed to have been interposed” at the time of the original pleading if the original pleading “g[a]ve notice of the transactions, occurrences or series of transactions or occurrences to be proved pursuant to the amended pleading.” Relying on 203(f), plaintiffs can identify breaching loans for which the repurchase protocol has not yet been performed, comply with the protocol by providing notice of the loans and an opportunity to cure, and then move to amend existing complaints to expressly identity these loans.

HEAT itself does not foreclose reliance on 203(f) to cure previously unidentified loans. The Court said that the Trustee could not rely on 203(f) to “rewrite the contract by substituting a different, post-suit notice procedure.” Heat at 20. The Court pointed out that the trustee “did not attempt to invoke CPLR 203(f) after filing an amended complaint to add new claims following satisfaction of the condition precedent with respect to the 480 loans at issue, but rather identified these loans in an amended reply expert report.” HEAT says nothing about the prospect for success had the Trustee followed the proper 203(f) procedure.

HEAT also does not say that loans must be noticed and the repurchase protocol performed before the statute of limitations runs. The HEAT defendant has already made that claim on remand. In fact, the opinion contains no discussion of either a contractual or statutory basis that would prohibit bringing a claim in an amended complaint after performing the “procedural prerequisite to suit” for each loan. HEAT at 11-12 (citing ACE Sec. Corp., Home Equity Loan Trust, Series 2006-SL2 v. DB Structured Prods., Inc., 25 NY3d 581, 598 (2015)).

One focus of debate may be whether the original complaints adequately “gave notice” of loans included in amended complaints. It will be difficult for defendants to deny that they were on notice that the plaintiffs intended to bring repurchase claims regarding such loans, when cases have proceeded for years on the basis that loans other than those specifically identified in the complaint were at issue. In many cases, discovery and expert reports for both parties have expressly identified such loans.

HEAT will impose costs on plaintiffs and defendants. Plaintiffs will likely have to re-underwrite all loans and provide notice of them before moving to amend. The parties may need to proceed with loan-by-loan proof at trial – although trial judges may continue to find reasonable alternatives.

One thing remains certain: the last chapter in RMBS litigation remains to be written. 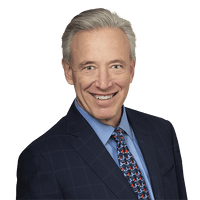