On October 5, 2018, President Trump signed into law the Better Utilization of Investments Leading to Development Act (BUILD Act), which was enacted by the United States Congress with broad bipartisan support. The BUILD Act is intended in large measure to counter China’s growing influence in the developing world, as exemplified by China’s Belt and Road investment initiative. The BUILD Act creates a new corporation, the International Development Finance Corporation (IDFC), wholly owned and controlled by the United States federal government. The IDFC will take over, refocus and expand development finance programs currently administered by the Overseas Private Investment Corporation (OPIC) and the United States Agency for International Development (USAID). The IDFC is scheduled to become operational on October 1, 2019.

Like that of its predecessor agencies, the IDFC’s aim is to facilitate market-based private sector investment in developing countries that will yield positive societal benefit and economic growth. IDFC will provide support – in the form of loans, loan guarantees, political risk insurance, and equity investments – to private-sector project companies and investors, as well as to certain state entities, for commercial development in key sectors, including agriculture, water, health, education, power, transportation, and telecommunications.

The BUILD Act specifies that IDFC support will be targeted to countries rated by the World Bank as having low or lower-middle income economies. As of June 2019, these include, among others, Afghanistan, Egypt, Ghana, India, Indonesia, Kenya, Nigeria, Pakistan, the Philippines, Uganda and Vietnam. Countries ranked by the World Bank as having upper-middle income economies also can benefit from IDFC support provided the President certifies to Congress that the IDFC support “furthers the national economic or foreign policy interests of the United States” and “is designed to produce significant developmental outcomes or provide developmental benefits to the poorest population of that country.” These countries include, among others, Argentina, Brazil, Colombia, Kazakhstan, Libya, Malaysia, Mexico and Turkmenistan. The government of a qualifying country is required to enter into a bilateral agreement with the United States authorizing the IDFC to provide support in that country.

OPIC was designed primarily to advance the commercial interests of U.S. companies investing in the developing world. The BUILD Act, on the other hand, specifically provides that the IDFC’s purpose is to “advance the foreign policy interests of the United States.” Two of the specific objectives for IDFC identified in the BUILD Act are to provide developing countries with “a robust alternative to state-directed investments by authoritarian governments and United States strategic competitors” and to “complement and be guided by overall United States foreign policy, development, and national security objectives, taking into account the priorities and needs of countries receiving support.” The BUILD Act emphasizes the intent to promote governmental transparency, social and environmental safeguards, the development of market-based economies, the creation of opportunity for minority and women-owned businesses, compliance with international trade obligations, and the avoidance of debt dependency on the part of countries receiving IDFC support. IDFC will operate “under the foreign policy guidance of the Secretary of State.”

In line with this reorientation toward U.S. foreign policy objectives, while OPIC’s programs included specific and substantial U.S. ownership and investment requirements, the IDFC is required under the BUILD Act to give only preferential consideration to projects in which U.S. companies participate. Participation by U.S. persons will no longer be a prerequisite to receiving development finance support. This opens the IDFC to investments sponsored by a developing country’s own private-sector entities and governmental agencies. Although participation by U.S. private-sector entities – whether as sponsor, lender, insurer, supplier or operator – certainly will remain an important, positive IDFC consideration, beneficiary country participants now can drive the process. Developing country actors can fashion their own projects, invite and select any U.S. private-sector participants, and apply directly to the IDFC for financial support without reliance on U.S. commercial players.

The BUILD Act’s shift in focus to the use of development aid as a U.S. foreign policy tool provides developing country private-sector entities and state agencies whose strategic interests align with those of the United States the opportunity to tap into IDFC’s programs. In particular, national development banks and sovereign wealth funds seeking to leverage their own project investments can themselves lead the IDFC process. Consequently, it may be expected that there will be a fundamental pivot away from development projects driven by U.S. business interests to projects initiated, structured and driven by beneficiary countries seeking United States development finance support.

Together with its new set of objectives and priorities, the BUILD Act provides IDFC with a more diverse and robust set of development finance tools. These include the following new and expanded investment authorities:

Transition to the New IDFC Model

The broad parameters of IDFC’s mandate are well established by the BUILD Act, as too is IDFC’s organizational structure. It remains to be seen, however, just how IDFC will apply the BUILD Act’s multiple prescriptions to the disposition of applications for development finance support. The Trump Administration has submitted a reorganization plan to Congress, and a further report is due to be submitted detailing procedures for inter-agency coordination after IDFC becomes operational. These documents, however, address only the procedural aspects of the BUILD Act’s implementation. Moreover, the implementation of the BUILD Act and establishment of the IDFC do not require the Administration to undertake a rulemaking process resulting in implementing regulations, as would be typical for most federal programs and agencies.

Substantive guidance on the application submission and review process likely will be derived only over time after IDFC becomes operational. OPIC’s existing website materials and application forms and instructions presumably will be substantially revised, providing some insight into IDFC’s analytical process. In addition, the minutes of the IDFC’s quarterly board of directors meetings, to be chaired by the Secretary of State or his designee, and any policy statements the board may adopt, also will provide guidance, as will advice offered to the board by a Development Advisory Council established under the BUILD Act.

All of this notwithstanding, given the primacy of U.S. foreign policy as IDFC’s guiding directive, and in light of the considerable uncertainties inherently associated with United States foreign affairs and national security objectives, the degree to which IDFC support is influenced by particular foreign policy considerations – including regional and country-specific goals – may be revealed only as the IDFC’s portfolio grows. In any event, it seems almost a certainty that the IDFC’s focus will evolve over time in response to shifting U.S. perspectives on ever-changing world events.

Attorney advertising. The material covered in this Client Alert is only a general review of the subjects covered and does not constitute legal advice. No legal or business decision should be based on its contents. 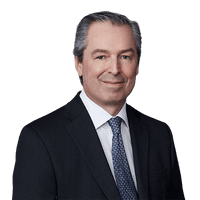 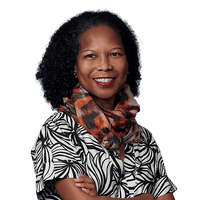