Bichot & Associés was founded by Nicolas Bichot, Patrice Couturier and Mathieu Odet, who worked together for over a decade at Allen & Overy in Paris. They were joined by Vanina Paolaggi in 2016. Bichot & Associés has built its excellent reputation in corporate transactions including mergers and acquisitions, private equity, and insolvency and restructuring practice in France. Its practice has been recognized by Legal 500 and the leading French publication Decideurs.

Mr. Bichot said: “We are all delighted to bring our corporate transactional practice to Curtis. Our clients will benefit from Curtis’ international platform.”

Curtis’ worldwide Chairman, George Kahale III, said “We are pleased to welcome the Bichot partners to the firm. Their strong corporate background is the ideal complement to our market leading disputes practice in Paris and is a great fit for our international practice across Europe.”

This is the latest in a series of corporate focused appointments across Europe and the Middle East for Curtis. London partners Tony Edwards and Marc Hammerson joined Curtis from Stephenson Harwood in November, Dubai partner Paul Bugingo joined from Simmons & Simmons in August, and Giovanni Sagramoso and Daniella Della Rosa joined the Milan office in March. 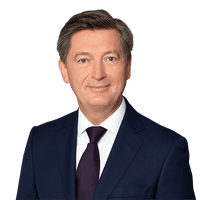