Kabul, Afghanistan, October 24, 2013 — Curtis, Mallet-Prevost, Colt & Mosle LLP advised the Ministry of Mines & Petroleum of Afghanistan in the international tender process and approval of contracts granting an international consortium of energy companies rights to explore for and produce hydrocarbons in two blocks in northern Afghanistan.

The awarded blocks, in the western portion of the Afghan-Tajik Basin, are believed to contain significant accumulations of both oil and gas.

The approval by Afghanistan's Council of Ministers, chaired by H.E. President Hamid Karzai, followed an extensive open and transparent bidding and review process conducted by the Ministry of Mines & Petroleum and the Afghanistan Inter-Ministerial Commission.

The consortium awarded the contract for the two Afghan-Tajik blocks is composed of three companies: Dragon Oil from Dubai, U.A.E; TPAO (national oil and gas company of Turkey); and a local Mazar-i-Sharif based energy group.

The bids were reviewed by the Inter-Ministerial Commission (IMC), a committee made up of members from government Ministries, which conducted an evaluation process that focused on the technical merits of the bids. Under the Hydrocarbons Law of Afghanistan, the awarding of Exploration and Production Sharing contracts is subject to completion of a public, transparent, and competitive tender and evaluation process managed by the Ministry of Mines & Petroleum

Curtis, Mallet-Prevost, Colt & Mosle LLP is a leading international law firm providing a broad range of services to clients around the world. Curtis has 15 offices in the United States, Latin America, Europe, the Middle East and Central Asia. The firm's international orientation has been a hallmark of its practice for nearly two centuries. For more information about Curtis, please visit www.curtis.com or follow Curtis on Twitter (twitter.com/curtislawfirm) and Facebook (Facebook.com/Curtis.Careers). 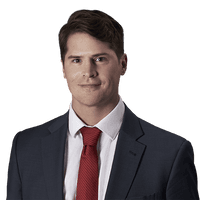 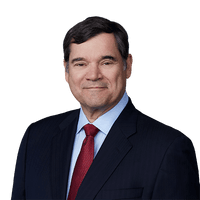