February 6, 2008, New York, NY - Curtis, Mallet-Prevost, Colt & Mosle LLP announced that Marjena Fidalgo-Sokalski has joined the Firm's Finance practice as Counsel. She will be based in Curtis' London office.

Ms. Fidalgo-Sokalski's addition is the latest move in Curtis' international growth strategy, which included the opening of an office in both Turkey and Kazakhstan and the expansion of its offices in London, Mexico, Paris, Frankfurt and Muscat.

She is the sixth new attorney to join the Firm's London office within the last year. During 2007, Curtis grew by 40% in Europe.

Ms. Fidalgo-Sokalski has extensive banking and finance experience in a wide range of cross-border and domestic transactions, including various types of syndicated and bilateral corporate lending, international project finance, acquisition finance, trade and commodity finance, receivables financing and other structured finance, bond issues, derivatives and general debt finance. She has gained substantial experience in handling complex finance transactions in a variety of markets ranging from Western, Central and Eastern Europe to Asia, Africa and Latin America. Much of this experience was gained during her time as a partner at Lovells and, previously, as a senior lawyer at Clifford Chance.

“Marjena's depth of experience in finance and cross-border work around the world will be an asset to Curtis and our clients,” said Charles L.O. Buderi, managing partner of Curtis' London office. “Her firsthand knowledge of key international markets will help Curtis continue to expand its top-level legal services across the globe.” 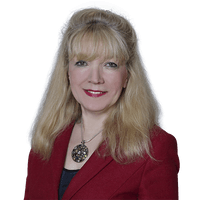