Mr. Wright is an experienced litigator, an international law professor, a decorated combat veteran, and a judge advocate (JAG) Major in the U.S. Army Reserves. His career has spanned private practice and government service, and he has built a strong litigation and trial focused private practice over the past four years in New York, Washington, D.C., and Virginia.

Mr. Wright said “It was an easy decision to join Curtis because it is a natural fit for what I do and what I need to provide broader services for my clients. Curtis provides a first-class and full-service platform to help clients achieve success across the world. I am proud to join its ranks and know my clients will enjoy my new colleagues.”

From 2005 through 2014, Mr. Wright served in various roles as an Army JAG in the U.S. Department of Defense, and he has handled a number of high-profile criminal and top-secret matters. In recognition of his military service, Mr. Wright was awarded the Bronze Star Medal in 2008 and the Defense Meritorious Service Medal by U.S. Defense Secretary Chuck Hagel for his work as a military public defender.

Mr. Wright clerked for the Honorable Barry R. Poretz at the “Rocket Docket,” the U.S. District Court for the Eastern District of Virginia in Alexandria, Virginia, and holds a Master of Studies (L.L.M.) in International Human Rights Law from the University of Oxford, a J.D. cum laude from George Mason University School of Law, and a dual B.S. from James Madison University. In addition to his legal practice, Mr. Wright is an international law adjunct professor at Georgetown Law and has directed an international law litigation clinic as a professor of practice at Washington and Lee University School of Law. He continues his military service as a JAG Major in the U.S. Army Reserves, where he supervises defender services for Reserve Soldiers in the greater New York area and maintains a top-secret security clearance.

Mr. Cassidy has worked with Curtis for over a year as Counsel on client matters in Texas federal courts. He has nearly two decades of experience in commercial litigation, international arbitration, and white collar matters, including investigations and defense centered on allegations of public corruption, fraud, and money laundering. As a first chair trial lawyer, Mr. Cassidy has represented companies in a wide range of industries in nearly every kind of commercial case. He will spearhead the firm’s international disputes practice in Houston as an integral part of the firm’s leading international litigation and arbitration departments. He is a Fellow with the Chartered Institute of Arbitrators and was recently selected to serve on the panel of arbitrators for AAA-ICDR.

Mr. Cassidy said: “What attracted me to Curtis was its international focus and reputation, particularly in dispute resolution. It has the ability to provide first class, cost-efficient service to clients in Houston, Mexico and Latin America, which gives it a competitive advantage. I look forward to contributing to that practice out of Houston.”

Curtis’ Chairman George Kahale III said: “We are very pleased that Jason and Eric have decided to bring their talents to Curtis. They came here for the right reasons, and we expect them to be very successful as part of our international disputes practice.” 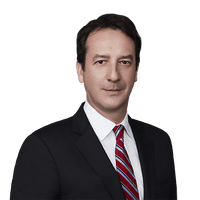