Curtis is pleased to announce a series of promotions, three partners and three counsel, across its U.S. and European offices, with immediate effect.

Curtis Chairman George Kahale III said, “It's always good to see home grown talent succeed. Nearly all these attorneys have spent their entire careers with Curtis; their appointments recognize the valuable contribution each has made to the firm.”

Juan Perla becomes partner in the litigation group in New York. Focused on international and appellate litigation, Juan has worked on several of the firm's high-profile matters, including U.S. v. Vaello-Madero, a case argued in the U.S. Supreme Court this term. He was also on the team that successfully represented Venezuela's national oil company in the U.S. Supreme Court in Helmerich & Payne v. Venezuela. Juan was a key legal strategist in other precedent-setting victories involving arbitral awards, including P&ID v. Nigeria in the D.C. Circuit and Mobil v. Venezuela in the Second Circuit. He was on the team that secured annulment of the ICSID award in Eiser v. Spain, and assisted in the ICSID annulment proceeding in Mobil v. Venezuela, the largest annulment in ICSID history. Juan joined the firm from the University of California, Berkeley School of Law. He clerked for federal judges at the appellate and trial levels. As a member of the D&I Committee, he spearheaded a partnership with The Appellate Project, a non-profit dedicated to diversifying the field of appellate litigation.

Serena Boscia Montalbano becomes partner in the international arbitration group in London. Serena has represented states, state entities and foreign companies in arbitration proceedings conducted under the rules of the ICC, LCIA, SIAC, UNCITRAL, DIAC, and ICSID, seated in the major arbitral centers. She has extensive experience in construction disputes, and has also represented parties in litigation proceedings before the Dubai International Financial Centre (DIFC) Courts. Serena is part of the team representing the State of Kuwait in an ICSID arbitration arising out of a major construction project in Kuwait City. She also assisted the Committee for Roads of the Republic of Kazakhstan in defeating the entirety of claims brought by an international contractor, as well as the vast majority of over US$250 million in claims relating to adverse site conditions asserted by international contractors in another arbitration. An Italian national, Serena is admitted in New York, the DIFC and Italy (non-practising). She holds a law degree from the University of Palermo, summa cum laude, and an LL.M. from the University of Texas at Austin.

Marie-Claire Argac becomes partner in the international arbitration group in Paris. Marie-Claire regularly advises states and state-owned entities in investor-state and commercial arbitrations and has particular experience in the oil and gas and renewable energy sectors. She is notably representing Romania in an intra-EU renewable energy arbitration and an African state in several multibillion dollar arbitrations over the withdrawal of mining permits. She was also part of the Curtis team that represented the Republic of Kazakhstan in a commercial arbitration against an oil consortium, which resulted in a billion dollar settlement in favor of the Republic of Kazakhstan last year. A French, British and Turkish national, Marie-Claire is a native French and English speaker, and is dual-qualified in Paris and New York. She holds an LL.M. from American University's Washington College of Law, an LL.B. from the University of Essex and a Master's degree in Anglo-American business law from the University of Paris X Nanterre.

Loujaine Kahaleh has been promoted to counsel in the firm's international arbitration group in Paris. Loujaine specialises in investor-state and international commercial arbitration, with extensive experience in the representation of states and state-owned entities in ICSID and ICC arbitral disputes across a variety of fields, including oil and gas, construction and infrastructure. She was a key member of the Curtis team which obtained the dismissal of a US$205 million claim with an award of US$5 million in costs and legal fees. She also represents clients in French courts, particularly in enforcement proceedings relating to arbitration awards. For example, she was a key member of the Curtis team which was successful in setting aside a €452 million arbitral award against Libya. A French national, Loujaine is admitted to practice in England and Wales and Paris and speaks English, French and Arabic. She holds a law degree from Nanterre Paris X University and an LL.M. in International Dispute Resolution from Fordham University School of Law.

Martin Wolff has been promoted to Counsel in the international tax group in Frankfurt. Martin's extensive experience spans domestic and cross-border tax structuring, as well as international investment fund structuring and investment taxation. He especially advises German institutional investors and corporate clients as well as international clients in all aspects of national and international tax law, including tax planning matters, real estate transactions and commercial transactions. Martin has authored several articles on various topics of German tax law. He is admitted to practice in Germany, and is also a Certified Tax Advisor (Steuerberater) in Germany.

The promotions have been covered by Law360 and Global Arbitration Review. 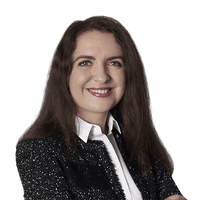