On November 6, 2009, President Obama signed into law the Worker, Homeownership, and Business Assistance Act of 2009 (the 'Act'). The Act, first introduced on September 10, 2009 to extend unemployment insurance benefits, will expand the net operating loss ('NOL') carryback period for all businesses.

In general, a taxpayer may carry an NOL back to the preceding two years and forward to the succeeding 20 years to offset taxable income in those years. The economic stimulus package enacted in February 2009 (the American Recovery and Reinvestment Act of 2009 (the 'ARRA')) provides small businesses (generally businesses with average annual gross receipts not exceeding $15 million) with an election to increase the carryback period for up to five years with respect to any NOL for a taxable year ending in 2008 (or, alternatively, for a taxable year beginning in 2008 if the taxpayer so elects).

The Act extends the NOL carryback election under ARRA to all taxpayers (other than institutions receiving funds under the Troubled Asset Relief Program (TARP) and their affiliates). The Act expands the definition of eligible NOL to include an NOL arising in years ending after December 31, 2007 and beginning before January 1, 2010. Certain special rules apply to life insurance companies.

If the election is made under the Act with respect to a loss year, the amount of an NOL that may be carried back to the fifth taxable year preceding the loss year is limited to 50 percent of the taxable income for such year (computed prior to the NOL carryback) unless the taxpayer is an eligible small business that makes an election under the ARRA. This limitation does not apply to the first four years of the carryback period. This is illustrated in the following example: Assume a company has taxable income of $2 million per year from 2003 through 2007, and incurs NOL of $5 million in each of 2008 and 2009. If an election is made with respect to 2008, the 2008 NOL can be carried back to 2003 but the amount would be limited to $1 million, i.e., 50% of the taxable income of that year. Thereafter, $2 million of the 2008 NOL would be carried back to each of 2004 and 2005, reducing the taxable income to zero in those years. If an election is then made with respect to 2009, the 2009 NOL would be carried back only to 2006 and 2007 in the amount of $2 million each. The remaining $1 million 2009 NOL would be carried forward to the succeeding years.

In order to prevent abuses of the provisions in the Act, the Treasury Department is authorized to prescribe regulations on anti-stuffing, anti-churning or sale-leasebacks, and losses from wash sales.

To ensure compliance with requirements imposed by the IRS, we inform you that, unless explicitly provided otherwise, any U.S. federal tax advice contained in this communication (including any attachments) is not intended or written to be used, and cannot be used, for the purpose of (i) avoiding penalties under the Internal Revenue Code or (ii) promoting, marketing or recommending to another party any transaction or matter addressed herein. 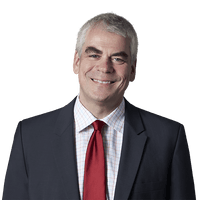