New York has recently made sweeping changes to the New York General Obligations Law that governs the making of Powers of Attorney in the State of New York. The new changes take effect September 1, 2009. Although the new law will not effect the validity of prior executed Powers of Attorney, clients may want to discuss how the new rules effect their existing Powers of Attorney and whether creating a new one would better comport with their current estate planning goals.

The new law requires that a grant of authority to an Attorney-in-Fact to make gifts and 'other asset transfers' must be set out in a separate document called a Major Gifts Rider, which is witnessed in the same manner as a Will ('other asset transfers' includes any addition, deletion or changing the designation of beneficiaries in any agreement, contract, trust or insurance policy). The purpose of the Major Gifts Rider is to alert the creator of the Power of Attorney (the 'Principal') to the gravity of granting an Attorney-in-Fact the authority to make gifts.

The new law also makes it harder for an Attorney- in-Fact to make gifts of the Principal's property to himself by requiring the Principal to affirmatively provide for such power in the Major Gifts Rider.

Duty of Care and Fiduciary Duty of Attorney-in-Fact

New Power to Appoint a 'Monitor'

The new law allows the Attorney-in-Fact access to health care records in accordance with HIPPA requirements and to make decisions relating to the payment for healthcare consented to by the Principal or the Principal's healthcare agent. 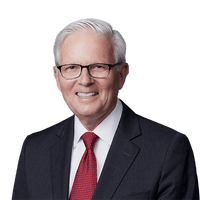