The Securities and Exchange Commission (the 'SEC') issued an emergency order restricting short sales of publicly traded securities of certain financial companies. The emergency order is effective immediately and will be in place until October 2, 2008 at 11: 59 pm EDT, unless further extended by the SEC. The list of financial companies whose securities are affected is available at: http://www.sec.gov/rules/other/2008/34-58592.pdf

The emergency order does not require that existing short positions be closed or eliminated.

There are three limited exceptions to the emergency order:

The emergency order does not prohibit the purchase of put options for securities of financial companies. Nevertheless, short sales resulting from the exercise of a put option are generally prohibited.
Furthermore, investors should be aware that the Financial Services Authority of the United Kingdom has issued a broad prohibition that includes both short sales of certain stocks and transactions that have an economic effect similar to short sales.

Institutional investment managers who have investment discretion over accounts holding securities of an aggregate fair market value of at least $100,000,000 and who file or are required to file a Form 13F pursuant to Rule 13f-1 promulgated under the Securities Exchange Act of 1934, as amended (the '1934 Act'), are obligated under the emergency order to periodically file a new Form SH with the SEC. This filing is required on the first business day of every week immediately following a week in which a short sale took place. Form SH must be filed with the SEC electronically through EDGAR.

Filing Form SH is not required if (i) the short position constitutes less than 0.25% of the issued and outstanding shares of the applicable class of the securities; and (ii) the fair market value of the securities sold short is less than $1,000,000.

This disclosure requirement only applies to short sales effected after 12:01 am EDT on September 22, 2008 and will terminate at 11:59 pm on October 2, 2008, unless further extended by the SEC.

Issuer Repurchases Under Rule 10B-18

The SEC temporarily amended Rule 10b-18 under the 1934 Act in order to provide issuers with more flexibility to repurchase their securities. Specifically, the time of purchase conditions of paragraphs (b)(2)(i), (b)(2)(ii) and (b)(2)(iii) of Rule 10b-18 have been suspended and the maximum allowable volume of Rule 10b-18 purchases that an issuer may generally effect on any single day has been temporarily increased from 25% of the average daily trading volume reported for the security during the four calendar weeks preceding the week in which the Rule 10b-18 purchase is effected ('ADTV') to 100% of ADTV.

Please note that if you are engaging in other forms of short selling or in transactions that have an economic effect similar to short sales, your activities may be subject to further restrictions. We encourage you to discuss all matters related to this issue with us. 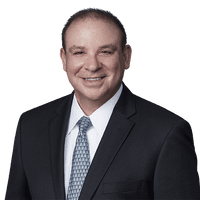