EU Adopts Sixth Package of Sanctions against Russia and Belarus

On June 3, 2022, the European Union adopted its sixth package of sanctions against Russian and Belarus.

Embargo on the import of crude oil (except for crude oil delivered by pipeline) and refined oil products originating or exported from Russia and prohibition to provide related services. The Regulation provides for a phase-out period for one-off or near term deliveries of petroleum oil and natural gas condensate which will be permitted for six months after the entry into force of the Regulation, and for mineral fuels and oils which will be permitted for up to eight months after the entry into force. The prohibition does not apply to the purchase, transfer or import of seaborne crude oil and petroleum products if they are only being loaded, departing from or transiting Russia, provided that the origin and owner of goods are non-Russian.

The EU restrictions do not prohibit gas imports.

EU operators will be prohibited from insuring and financing the transport through maritime routes of oil to third countries. The restrictions include ship-to-ship transfers. The prohibition does not apply to the performance until December 5, 2022 of contracts concluded before June 4, 2022.

The broadcasting activities of another three Russian State outlets – Rossiya RTR/RTR Planeta, Rossiya 24/Russia 24, and TV Centre International – have been suspended. The Russian state-controlled broadcasters are prohibited from distributing content across the EU in whatever shape or form, including satellite, internet or via smartphone apps.

The package bans advanced technology items from export to Russia as well as chemicals that can be used to manufacture chemical weapons. The list of additional chemicals represents around €663 million of EU exports to Russia (based on 2021 data).

The EU has also expanded the list of natural, legal persons or entities associated with Russia’s military industrial complex in line with the U.S. actions. In the case of Belarus, the list of entities subject to restrictions has been significantly widened from 1 to 25.

The EU has added a further 65 new individuals and 18 companies to its asset freezes. The persons listed are mainly high-ranking military officers and other individuals alleged to have been involved in the actions committed in Bucha, as well as family members of those already designated. The companies listed are involved in the military sector, and manufacturing of equipment and software. Among the listed entities is National Settlement Depository, the largest securities depository in Russia by market value of equity and debt securities held in custody and the only one which has access to the international financial system.

The EU is also adding to the list of sanctioned persons 12 individuals and eight entities from Belarus.

In addition to these measures, the sixth package requires Member States to establish criminal penalties for sanctions breaches under Regulation 833/2014, allowing for the possibility to confiscate the proceeds of such breaches.

In parallel with this, the Commission proposed on May 25, 2022, the measures to ensure the effective implementation of EU sanctions by way of supplementary criminal law measures. 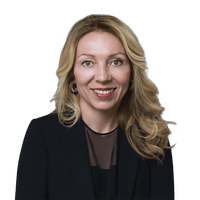