On April 8, 2022, the U.S. Department of Commerce’s Bureau of Industry and Security (“BIS”) issued a final rule (hereafter, “Expansion of Sanctions Rule”) that expands the licensing requirements for Russia and Belarus under the Export Administration Regulations (“EAR”) to all items listed on the Commerce Control List (“CCL”).

BIS also issued a separate final rule (hereafter, “Country Exclusion Rule”) adding four countries to the list of excluded countries in recognition of these “partner countries implementing substantially similar export controls on Russia and Belarus” under their own domestic laws. Certain U.S. licensing requirements do not apply to export or reexports from excluded countries.

Finally, BIS has taken its first enforcement actions under the Russia/Belarus-related export controls imposed in 2022.

b. License Requirements for Russia and Belarus Made Applicable to All Items on the CCL

The Expansion of Sanctions Rule expands the license requirement imposed on Russia and Belarus to include items classified under any ECCN in Categories 0 – 2 of the CCL, in addition to Categories 3 – 9 that were restricted in March 2022. (See Curtis Client Alert here) Accordingly, Russia/Belarus-related licensing requirements under 15 C.F.R. § 746.8(a)(1) will now apply to any items on the CCL. Categories 0 – 2 consist of the following:

The Expansion of Sanctions Rule also revises the Foreign-Direct Product (“FDP”) Rules for Russia and Belarus to apply to all items on the CCL.

Specifically, the Expansion of Sanctions Rule stipulates that “foreign-produced items derived from ECCNs in Categories 0 through 9 of the CCL will now be subject to the EAR under the Russia/Belarus FDP rule as well as to the license requirement described in § 746.8(a)(2).”

The Expansion of Sanctions Rule also limits the availability of two paragraphs of License Exception Aircraft, Vessels and Spacecraft (“AVS”) (15 C.F.R. §§ 740.15(a) and (b)) for certain Belarus-related aircraft. BIS had previously limited the availability of license exceptions for Russian AVS.

As a result of the new Expansion of Sanctions Rule, License Exception AVS is no longer available for “aircraft registered in, owned, or controlled by, or under charter or lease by, Belarus or Russia, or by a Belarusian or Russian national.”

BIS has added four countries to the list of countries excluded from certain license requirements under the EAR: (1) Iceland, (2) Liechtenstein, (3) Norway, and (4) Switzerland. This brings the total number of excluded countries to 37.

The license requirements for the Russia/Belarus FDP Rules and Russia/Belarus Military End User (“MEU”) FDP Rules do not apply to exports or reexports from excluded countries. For more information on the FDP and the MEU FDP rules, see Curtis Client Alert here.

Curtis will continue to monitor changes to the list of countries excluded from the FDP or MEU FDP rules.

As noted above, BIS modified the license exception for Russia-related AVS on March 2, 2022, to require a license to transfer to Russia any aircraft subject to the EAR operated by Russian airlines. Despite the license requirement, all three Russian airlines continued to fly international and domestic routes using U.S.-origin Boeing aircraft subject to the EAR.

Weeks before issuing the TDOs, BIS warned the airlines by publicly releasing a list of aircraft it had been tracking as “likely operating in violation of the EAR.”

The TDOs terminate the right of these airlines to participate in transactions subject to the EAR. Furthermore, BIS noted that the TDOs are issued for 180 days and may be renewed. 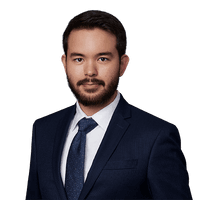