On June 15, 2022, the U.S. Supreme Court issued its decision in Golan v. Saada, a case concerning the Hague Convention on the Civil Aspects of International Child Abduction (“Hague Abduction Convention”). The unanimous opinion was authored by Justice Sonia Sotomayor and broadens the discretion of federal trial courts in deciding whether children must be returned to their home countries in certain international custody disputes.

However, the Hague Abduction Convention contains an important exception to the return requirement in cases where there is a “grave risk” that returning the child to their country of residence would result in exposure to physical or psychological harm. The U.S. Supreme Court’s decision in Golan v. Saada provides that in cases where a court finds that there is such a grave risk, the court is not obligated to consider whether there are any ways to reduce that risk so that the child may be returned to the home country.

The dispute in Golan v. Saada was between Narkis Golan, a U.S. citizen, and Isacco Saada, an Italian citizen. In 2016, Golan gave birth to the couple’s son, known as B.A.S., in Italy and the family continued to reside there. Saada was physically abusive to Golan throughout their relationship. After travelling with the child to the U.S. to attend a wedding, Golan and the child did not return to Italy. Saada petitioned a U.S. federal district court to mandate the return of the child under the Hague Abduction Convention.

The U.S. Supreme Court ruled that the 2nd Circuit’s requirement that courts must always consider measures to reduce the risk of grave harm to be “inconsistent with the text and other express requirements of the Hague Convention.” Justice Sotomayor explained that the Hague Abduction Convention neither prohibits nor requires the consideration of measures to reduce that risk, leaving this to the discretion of the court deciding the case. 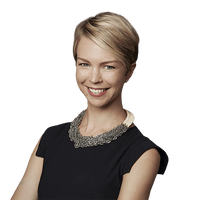