On the agenda for the two-week session, the 43rd session of Working Group III, was a long list of topics: selection and appointment of ISDS tribunal members in a standing mechanism (part of day 1); the advisory centre (day 2); a multilateral instrument to implement ISDS reform options (day 3); “procedural rules reform” and “cross-cutting issues” (days 4 and 5); draft provisions on mediation and draft guidelines on the use of mediation in ISDS (days 6 and 7); and the code of conduct for arbitrators and judges in a standing mechanism (days 8-10).

This meeting was the first in-person WGIII meeting since the start of the COVID-19 pandemic. Although delegates could listen to the session remotely, they could only intervene with comments if they were attending the session in person.

This update highlights four key issues discussed during the session – damages, third-party funding, the broad category of “cross-cutting” issues, and multiple-hatting of arbitrators. It also outlines next steps and important dates.

WGIII Agrees to Move Forward with Work on Damages in ISDS

From among the first meetings of WGIII, delegates have flagged the issue of damages in ISDS as being important and one they wanted to address. During the 38th session of WGIII in January 2020, particularly strong interventions by a number of delegations on the issue of damages led to WGIII directing the UNCITRAL Secretariat to consider how possible work on the topic could be advanced. The Secretariat circulated its note on the issue in July 2022, which served as a basis for discussions in this WGIII meeting.

Delegates’ input during this recent 43rd session revealed a relatively clear north-south divide between those who wanted WGIII to do more in this area, and those who did not. For those who did not, they argued, for instance, that issues of damages were policy issues best left to individual states to negotiate and address on a treaty-by-treaty level. Several delegations also stated that WGIII’s mandate was to work on “procedural” reform of ISDS, and that work on damages was work on substance falling outside of that specific mandate. Some delegations similarly noted that WGIII had too much on its agenda already and could not add more.

For those states advocating that work on damages be undertaken, they highlighted that the mandate of WGIII, as given by the UNCITRAL Commission in 2017, was actually a “broad mandate” to work on ISDS reform (para. 264), that the line between “procedure” and “substance” was not always clear, and that the mandate did not need to be strictly interpreted by WGIII as being limited to a narrow set of procedural issues. It was further noted that, just as procedural reforms (like a court) were being explored in order to address concerns about substantive issues (like correctness of and inconsistency in interpretation of investment protection standards), WGIII could explore how procedural tools and approaches might be used to address at least some of the concerns around damages. These might include options such as facilitating appropriate use of tribunal-appointed experts and clarifying rules on the proof required for successful damage claims. A delegation also noted that while some states may have addressed the issue of damages to their satisfaction in their own treaties, not all states had the capacity or negotiating power to reach similar outcomes in their agreements, meaning that work on the issue in WGIII was particularly important for them to be able to address their concerns.

Among the specific concerns noted by delegates regarding damages, tribunals’ use of the discounted cash flow (DCF) methodology to value assets was frequently cited. Delegates also noted that the use of DCF was particularly problematic for early-phase projects, and that it related to other issues, such as burdens of proof and evidentiary requirements for establishing damages claims.

Likely due to the force and number of the interventions in support of further work on damages, WGIII decided to keep it on the agenda. The agreed way forward is for the Secretariat to draft text that will include provisions, guidelines, and explanatory notes on such issues as:

The form and content of the draft text is, however, without prejudice to any decision by WGIII on these issues.

Due to other priorities between now and the next Commission session in July 2023, WGIII will likely not return to these issues in any formal session until October 2023. However, over the next year, the Secretariat will likely be working on the outputs requested by WGIII, and may therefore organize meetings and consultations, or solicit comments on drafts, to support it in its work.

It would be timely for delegations to consider possible draft provisions, guidelines, and explanatory texts, and to also consider providing input on the same to the Secretariat.

Disagreements Remain Regarding the Proper Approach to Third-Party Funding

WGIII did not reach consensus on a way forward on third-party funding. Nevertheless, the Chair proposed that WGIII instruct the Secretariat to prepare draft text reflecting what he saw as a compromise solution. The substance of the compromise was not discussed during the meeting, so it is unclear whether and to what extent there is support for it in WGIII. However, no delegation objected to the idea of instructing the Secretariat to work on drafting relevant language, with the understanding that the language would be discussed in a future meeting (again, not likely before October 2023). The instruction to the Secretariat is to prepare provisions that do the following:

Delegates will want to analyse the acceptability of this proposed compromise position, whether and how they might want to modify it, and whether there are any elements they consider to be essential.

In previous meetings and through their written submissions, delegations have identified a series of so-called “cross-cutting issues” warranting attention, and have agreed (paras. 29-40) that WGIII is to consider them when developing reform solutions. These include alternatives to arbitration (such as recourse to domestic courts), damages, regulatory chill, exhaustion of local remedies, and the rights of non-parties. While work has been done on some of those topics, several have not yet been given dedicated space or attention in WGIII’s formal meetings.

Nevertheless, those issues are not off the agenda. WGIII has now tasked the Secretariat with compiling relevant provisions on various “cross-cutting” and related issues from recent treaties, models, and other sources. It is not clear what will happen with this compilation once it has been produced.

WGIII instructed the Secretariat to prepare draft provisions on the following set of “cross-cutting” issues:

These issues are wide-ranging. It thus seems the Secretariat would benefit from delegations’ input when collecting potentially useful provisions. It would also be useful to elaborate how those provisions have been applied in practice, to the extent they have been invoked in ISDS cases.

In terms of timing, WGIII had envisioned potentially touching on some of these issues (i.e., alternatives to arbitration) in March 2023. However, given that work on the Code of Conduct has been slow, and there is a strong push to finish that work so that it can be adopted by the UNCITRAL Commission in July 2023, it is unlikely that any formal meeting time will touch on these “cross-cutting” issues in any depth, if at all, until at least October 2023. Nevertheless, delegations could presumably provide input to the Secretariat at any point.

In addition to supporting work on compiling provisions, delegations will likely want to develop proposals regarding what they consider should be done with those provisions (e.g., do they form part of a multilateral reform instrument? or are they just listed as possible options for individual states to consider adopting in their treaties?).

WGIII is preparing a Code of Conduct for arbitrators (and judges in any future standing mechanism) that addresses, among other things, the important question of whether arbitrators in ISDS cases should also be able to play other roles as counsel or expert.

Some delegations have taken a strong stance against such multiple-hatting and have argued that this Code should generally prohibit it. Others, however, want a more permissive approach, advocating for disclosure as a solution. After previous discussions, the Secretariat had been instructed to prepare text that could reflect a possible compromise position. The Secretariat’s text, which was discussed for the first time in this recent 43rd session, read:

[Paragraphs applicable to arbitrators only]

There remained, however, considerable disagreement among delegations on the suitability of this text. Key issues included (1) whether to include the cooling-off period and, if so, whether three years (which was based on the previous discussions) was appropriate; (2) whether to keep or adjust 1(c); and (3) whether to delete subparagraph 2 and, if so, whether to move it to the Commentary that is being prepared to accompany the Code of Conduct.

For some delegations that had wanted to ban double-hatting, proposals to move further away from a meaningful restriction on the practice by deleting subparagraph 2 seemed particularly problematic. However, at least some delegations stated that if the subparagraph were deleted from the text of the Code itself and moved to the Commentary to Article 3 (which deals with the requirements of independence and impartiality), the change would only be a difference in form, not in substance.

No decisions were adopted or instructions given on this topic of multiple-hatting.

Given the differences in opinion on this issue, significant time was spent on it, but agreement was not reached. Thus, the Chair decided to park discussions and move on to the other provisions and issues. Article 4 will be revisited in the January 2023 meeting in Vienna and/or the March 2023 meeting in New York. The Chair indicated that he wanted to reflect on the developments from the 43rd session before providing further communications about what specifically will be discussed in those two upcoming sessions. He also indicated that he would likely be scheduling informal consultations on this issue in order to try to find a solution.

WGIII’s work is covering a wide range of topics, and spans both questions of policy (i.e., what the delegations want to achieve) and technical legal drafting (i.e., how the text can best achieve desired objectives). The work can involve engagement during the formal sessions and tasks in between those meetings, such as providing comments on the Secretariat’s drafts.

Among relevant dates and deadlines are the following: 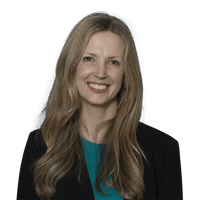