New York, NY, May 6, 2015 — Curtis, Mallet-Prevost, Colt & Mosle LLP has announced the promotion of two lawyers to partner and 11 lawyers to counsel.

'We are extremely pleased to promote these outstanding lawyers in recognition of their contributions to our clients and the firm,' said Curtis managing partner Matias A. Vega. 'They collectively represent a cross-section of Curtis, both by practice and by region, reflecting the true scope of our international practice. We look forward to each playing an even more significant role for Curtis and our clients in the future.'

The two new Curtis partners, who were promoted from counsel:

The 11 new counsel, all of whom were associates at Curtis:

Curtis is a leading international law firm providing a broad range of services to clients around the world. The firm operates through 17 offices in the United States, Latin America, Europe, the Middle East, and Central and East Asia. For more information about Curtis, please visit www.curtis.com. 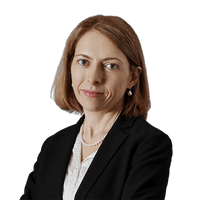