New York, April 16, 2012 - Curtis, Mallet-Prevost, Colt & Mosle LLP has announced that Michael J.T. McMillen has joined the firm as a partner in its international finance practice based in New York.

'Michael is one of only a handful of globally-recognized practitioners in the burgeoning field of Islamic finance and investment transactions,' said Curtis' Chairman, George Kahale III. 'We are excited to add his experience and outstanding reputation to our international finance practice. Though based in New York, Michael will work closely with other Curtis offices, particularly in Dubai, Istanbul, Oman, Turkmenistan, Kazakhstan and our recently announced office in Kuwait.'

'Curtis offers a broad international platform that is ideal for meeting the increasing global demand for legal counsel in Islamic finance and investment transactions' said Mr. McMillen. 'Shari`ah compliant transactions are utilized by clients to finance real estate development, sovereign debt, private equity, banking and major industrial and infrastructure projects around the world. I am thrilled to be able to combine my experience in this field of law with Curtis' global capabilities.'

Mr. McMillen has twice been named by Euromoney as the 'Best Legal Adviser in Islamic Finance,' recognizing him as one of the 18 pioneers in the field. He has additionally been honored with the Sheikh Mohammad Bin Rashid Al-Makhtoum Award For Special Contributions to Islamic Finance. He is the Founding Chair of the Islamic Finance Section of the American Bar Association.

Mr. McMillen has built his reputation in Islamic finance through the development of innovative financial products and structures. His project, infrastructure, equipment and structured finance work includes responsibility as the lead counsel on a wide range of financings in industries such as petrochemicals, mining, infrastructure, real estate, pulp and paper and electricity generation, including nuclear, hydro, coal, gas and renewable sources, in countries such as Brazil, Canada, China, Colombia, Egypt, India, Pakistan, Peru, Saudi Arabia, Thailand, Uzbekistan, Yemen and the United States. Many of his transactions were the first of their kind in these jurisdictions.

Mr. McMillen also has performed a wide range of corporate work, including as outside general counsel to investment funds and relating to managerial relationships, labor matters, mergers and acquisitions, divestitures, and research and development arrangements. His corporate finance and securities transactions include public offerings and private placements of equity and debt instruments, including securitizations.

Mr. McMillen has delivered more than 100 presentations and written more than 50 articles for scholarly publications. He received his J.D. from the University of Wisconsin, where he also earned his undergraduate degree. Mr. McMillen also holds an M.D. from the Albert Einstein College of Medicine.

Curtis, Mallet-Prevost, Colt & Mosle LLP is a leading international law firm providing a broad range of services to clients around the world. Curtis has 16 offices in the United States, Europe, Central Asia, the Middle East and Latin America. The firm's international orientation has been a hallmark of its practice for nearly two centuries. For more information about Curtis, please visit www.curtis.com or follow Curtis on Twitter (twitter.com/curtislawfirm) and Facebook.com/Curtis.Careers). 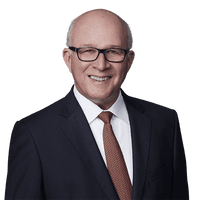