Rome, February 2, 2022 – Curtis is pleased to announce the appointment of leading antitrust and competition lawyer Manfredi De Vita as Partner in its Rome office.

At both European and national level, Mr. De Vita focuses on restrictive agreements, abuse of dominant position, concentrations and state aid, and has handled several strategically sensitive state aid cases for some of the largest companies in the market as well as public bodies.

Mr. De Vita has close to thirty years experience in the field, which started with eight years of service with regulatory authorities, first at the Italian Competition Authority (Autorità Garante della Concorrenza e del Mercato) and then at the DG Competition of the European Commission in Brussels.

“Manfredi De Vita arrives at just the right time, as we continue to expand our international law capabilities, particularly in light of our recently opened office in Brussels”, says George Kahale, Curtis’ Chairman.”

Alfonso de Marco, Chairman of Curtis’ Italian practice comments “I have known Manfredi De Vita for many years. He adds to the depth of our full service Italian practice, and his competition law focus is particularly topical in the context of the implementation of the Recovery Plan in Italy.”

Manfredi De Vita commented “Curtis is one of the few international firms with a continuing strategic focus on the Italian markets. I look forward to working with colleagues, both familiar and new, and to helping to grow the firm’s EU regulatory practice.” 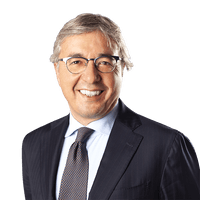